2017 is almost over. But our hopes are never far away. It’s been a wonderful year for science fiction and fantasy fans. From amazing new series, such as Marvel’s ‘The Defenders’, to the sought-after tenth Skulduggery Pleasant book Resurrection. We’ve been graced with a regeneration and the tenth series of ‘Doctor Who’; a new adaptation of Marvel’s ‘Runaways’; a fifth season of ‘Agents of Shield’; season three of ‘Supergirl’, ‘Thor: Ragnorak’ and ‘Guardians of the Galaxy’; the list goes on.

But, with 2018 fast approaching, what can we hope for in the new year? Here are my top 5 hopes for next year. Why not create your own and see if they come true? Marvel’s ‘Agents of Shield’ has evolved exponentially since the first season.

From a team of agents who were unsure of their purpose within SHIELD, to the brave, courageous, resilient, smart and loyal team we see today, the show continues to surprise, excite and challenge its audience.

Currently,  season five is exploring the realms of space and the team is reflecting upon their regrets, fears and the discovery of a future where no-one survives.

Each season now has its own theme or genre which gives the characters opportunities to learn about aspects of themselves which the audience didn’t know or would never believe.

The show is unique within the Marvel universe because it focuses on the humanity in the Marvel world and its fight to survive.

Surely, ‘Agents of SHIELD’ deserves the sixth season to continue to grow, learn and develop into an even more compelling, funny and daring series? We can only wait to find out.

The third season of ‘Supergirl’ features the best antagonist the series has produced so far.

And we can only hope, Reign, will

continue to succeed as the best villain of ‘Supergirl’.

Of course, this doesn’t mean we want her to kill Supergirl or hurt anyone in any way, but for her character to have multiple dimensions for the audience to find her motivations believable and compelling.

In order for ‘Supergirl’ to evolve and develop, the series must adopt depth and original ideas to its villains to make sure Supergirl can grow and learn by fighting against them.

The latest season of ‘The Librarians’ is shredding some insight into the theme and plot of the fourth season.

There is more focus on the doubts the Librarians are experiencing towards the Library and they begin to question if they can trust it.

Flynn especially begins to question his connection with the Library. He learns when there is more than one librarian, it usually ends in a war that severs the link between the Library and the world.

What we can hope is show runner Dean Devlin continues to explore this further by possibly pitting the Librarians against each other to see how being a Librarian can negatively impact their lives.

This will allow the series to reach greater depths of its mythology by exploring the origins of the Library and what a Librarian truly means.

‘The Librarians’ is a unique, imaginative, intelligent and magical series which deserves to continue onwards from the fourth season, and the quality of the current one will definitely impact the chances of a fifth season. 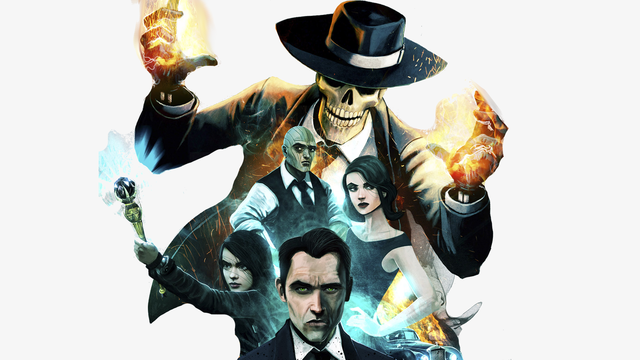 A few weeks ago, author Derek Landy confirmed the eleventh book in the Skulduggery Pleasant book series, Midnight, is almost complete and will be released in June 2018.

For millions of fans, this is the news they’ve been waiting for since they finished reading the tenth book, Resurrection earlier this year. 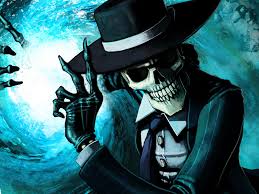 Our hopes for Midnight is that Valkyrie’s trauma is explored in more depth, as well as her friendship with Skulduggery and relationship with her family.

It would be fantastic to see more characters introduced and learn more about China’s backstory.

Also, the Skulduggery world deserves to have more LGBTQ characters to fully represent the wonderful diversity of characters Landy has created.

(1) The Story of the Thirteenth Doctor

What can we hope for in the eleventh series as the new Doctor begins her journey again with new faces and a new TARDIS to keep her running?

There are many experiences fans would enjoy seeing; the thirteenth Doctor’s extended reaction to her new body, a new screwdriver or picking her new outfit.

New show runner Chris Chibnall is full of daring and imaginative ideas, so our hopes will most likely be delivered when we see the Thirteenth Doctor and her new TARDIS team in autumn 2018!