Episode seventeen ‘Trinity’ follows the aftermath of the three world killers as they escape from the clutches of Supergirl. As the DEO interrogates Lena about her involvement with Sam/Reign, one could question what the world killers motivation is for bringing darkness to the world.

This episode is a mixture of interesting character development and poor plot resolution. The strongest elements are Lena and Supergirl’s conflict. It is understandable Supergirl might feel mistrust towards Lena since she kept Sam locked away. But, Supergirl is keeping a big secret from Lena too- her true identity.

Lena reiterates they both have secrets and their own reasons for keeping them. So, it appears there is still some prejudice towards Lena being a Luthor. It’s beneficial to see these two characters in moments of tension since Lena and Kara are such good friends. But, what will be even more compelling is when Lena confronts Kara/Supergirl about why she made James/Guardian break into L Corp to check if she was telling the truth about owning no more kryptonite.

What’s So Great About Darkness?

The story of the world killers is quite poor since their reasons for bringing darkness to the world are vague, even up until the end when two of them kill each other. The build-up towards their battle with Supergirl, Alex, J’onn and the Legion duo is also rather anti-climatic.

There is a lack of believability in how Supergirl thinks she can still save the humanity of the world killers by telling them to ‘rise up.’ Of course, positive encouragement can be effective in a lighter context. But, when the fate of the world is at stake, it might not be the most effective tactic.

Also, the fact two of the world killers kill each other surprisingly easily undermines the perception we have built up towards them. They first appear as terrifying gods whose power feels limitless, but in their last fight they don’t show any form of true power when one is stabbed and the other’s life is literally sucked out of them. 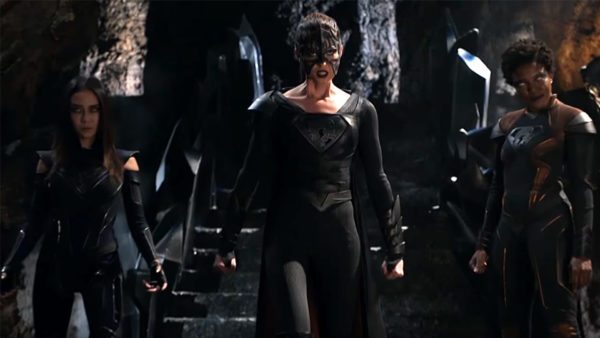 Upgrades and No More Secrets

But, now let’s talk about the good stuff. Sam’s inner turmoil is hard to watch especially as she begins to forget Ruby’s name. But, there is a slight emptiness to her character in terms of how she has been developed. We haven’t seen much of who Sam really is as a person. Sure, she’s a bad ass business woman and a brilliant mother to Ruby, but what do we really know about who she is? What does she like? What are her interests? What music does she listen too? Does she read? What little quirks make her unique?

These questions usually give a character more roundness and humanity that makes the audience relate and become more emotionally invested in what happens to them. However, I feel like we don’t know enough about Sam for us to connect or relate to her. Hopefully, if Sam survives, we might get to see a bit more of her as a person and not just as a business woman, mother or friend.

One cannot review this episode without talking about Alex’s suit and gadget upgrade. How bad ass and cool are her new gadgets? Hats off to the writers finally giving Alex her own signature suit and personal gadgets. Alex’s reaction is also one of the best elements of the episode. The sheer joy and excitement on her face is hilarious. 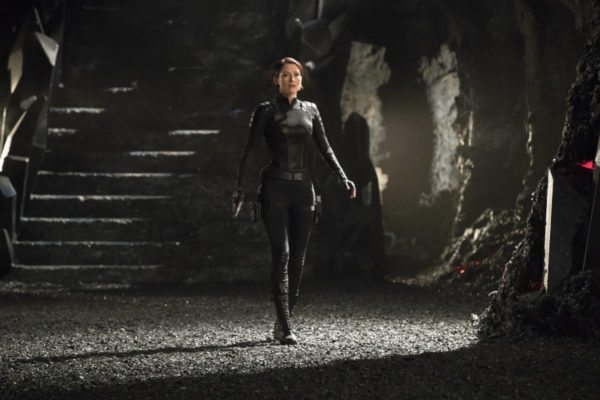 Now that Reign has absorbed the energies/powers of the other two world killers, she is becoming more of a threat to Supergirl and the world. Yet, with the revelation that Lena knows how to make kryptonite, it’s not hard to predict how Supergirl might use this to bring Reign down. But, what will this mean for Sam?

One of the main themes of this season is whether your humanity can defeat your god-like self. Or if we break it down further, can we overcome our darkest thoughts or must we accept them to defeat them? Can one live without the other? Hopefully, by the end of this season we might be able to find an answer to these questions.