Episode four of Supergirl explores the idea of faith as a weapon. Kara encounters Coville, a man who has come to worship her after she saved him on the first night she became Supergirl. He is leading a group of others whom Supergirl has saved and teaching them the ways of the God of Krypton.

As a series, Supergirl has difficulty creating three-dimensional and compelling antagonists. But, this episode is a clear indicator of that changing. Coville is a fascinating character because his intentions are neither evil or selfish. His faithful loyalty to Supergirl is intensely emotional and self-searching.

Coville’s underlying motivation is he wishes others to find peace and balance in their lives if they allow Supergirl to save them. This is an incredibly complex and intellectual subject to build an antagonist from because it comes from a place of enlightenment and spirituality.

After confronting Coville about his motivations, there is a great moment between Coville and Kara as he admits he recognises her as Supergirl. It’s an intimate moment that is enriching and gripping. They are simply two people who have been lost and the one thing that has brought them back to their inner strength is Supergirl.

Kara’s uncertainty as to whether Coville has a malicious intention is interesting because he is using her own religion to make others see the light. His beliefs generate harm to others when he places a Kryptonian bomb under National City’s stadium, in the hope it will make Supergirl save the people enjoying the game.

James story of how he met Superman is a strong scene between himself and Kara. It proves James is an interesting character when he’s not trying to become  somebody else. His perception of how he views Superman and Supergirl ties in nicely with how Coville sees Supergirl as a miracle.

Many of the other stories circulating this season are given a few more developmental steps forward. On a girls night in with Kara, Lena, Alex and Maggie, Samantha’s growing detachment from her daughter, Ruby gives Alex and Maggie’s dilemma further exploration.

It’s hard to imagine Maggie not being a part of the show because the Sanvers relationship is such a valuable element to the series. But, at least this episode gives Alex to opportunity to fully express how deeply she feels about being a mother. 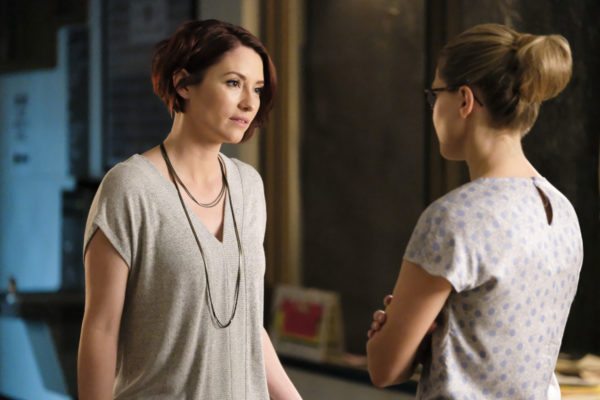 The scene between her and Kara is beautifully acted and written. Let’s hope when Maggie does leave, the Danver’s sister relationship becomes even stronger. Lena is given some brilliant scenes with Samantha too as she offers support when Samantha shows doubts about being a good mother.

Samantha’s origin story is gradually becoming more interesting. The strange markings that appear on her skin and the arrival of a mysterious Reign follower is intriguing but too vague to give a clear understanding of what’s happening. 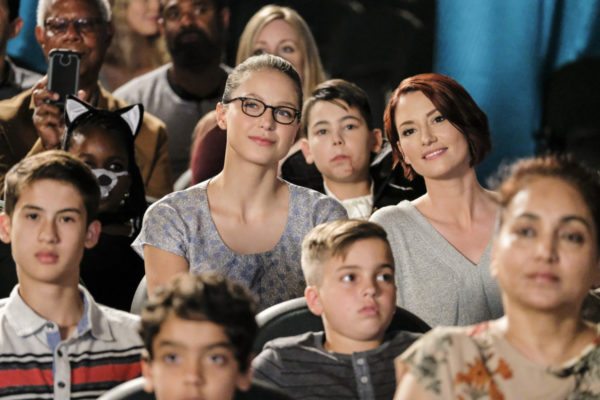 The Faithful is a skillful and compelling episode. It’s proven the series can build strong and multi-dimensional antagonists. Supergirl’s spiritual connection to her own religion shows we still haven’t learned everything about her.

Coville is an impressive character and his loyalty, sincerity and connection to Supergirl is powerful and profound. Alex and Maggie’s dilemma is coming to a head and even though it’s hard to believe the two of them not being together, this episode does strengthen Alex’s justification for wanting children.

Overall, this episode is powerful, thought-provoking, compelling and emotional. Let’s hope the season continues to build upon its strengths and take the series in a whole new direction.

Katie Alford - Oct 27, 2020
0
Halloween is coming and if it puts you in the mood for some seasonal scares then I’ve put together a list  of supernatural and...

TWELVE HOURS ON THE BLOCK A New Direction For Jerry Harwood