When Jodie Whittaker was first revealed as the 13th Doctor in that amazing little video, I was incredibly excited. As the TARDIS materialises and we see her face for the first time, the Thirteenth Doctor gets a look of wonder on her face. It is a brief smile that says a lot. She looks hopeful, she looks almost in mild awed anticipation of what’s to come.

Series 11 of Doctor Who presented a lot of changes to the format. First female Doctor, new music composer for the first time in 13 years, and three companions. These were the biggests changes, especially for viewers of the modern series.

As I mentioned in my review of the series, however, the stories tended to very much play it safe. For the most part. We rarely dealt with large and complicated sci-fi concepts, nor were there a lot of big plot twists. Indeed, many of the plots were fairly simple, leaning instead on exploring characters. Specifically Ryan and Graham’s characters.

With a couple of exceptions, this series’ stories tended not to take a lot of risks. Villains were not especially engaging and interesting concepts and characters got glossed over a few times. This happens in every series, though, to an extent. But this year there was a bit much, and along with every other change that has come this year, I wonder if this put some people off.

So, should the show start to be a little more ambitious and experimental with its stories, concepts and villains?

Russell T Davies had a fairly simple format for the show which allowed a lot more character building moments and themes. But it also allowed the occasional out of the box episode to slip in and change the audience’s perspective.

The show maintained a stable format for almost all of Davies’ run. 13 episodes with a couple of two-parters thrown in for good measure and a big, epic finale (usually a multi-part story). This easy to understand and somewhat malleable format allowed for a lot of scope while still giving a meaningful framework.

The Steven Moffat era was nothing if not out of the box. While I wasn’t the biggest fan of the way he dealt with the show on the whole, I could respect that he tried to do something new and different every time. While it often made the show a confused mess in my view, it was at least ambitious.

What’s more, it’s difficult to know for certain what decisions were made by Moffat himself, and which were coming from on high in the BBC. The splitting of series, the gap years, and such felt like they were possibly outside of any showrunner’s purview. So in many respects he was forced to change the format of the show. And I do think this ultimately weakened much of his run. 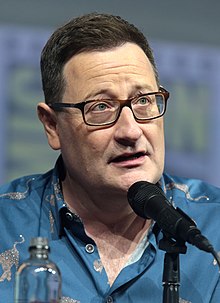 Now, it’s probably a bit unfair to judge Chris Chibnall based on his first series alone. But it’s all we’ve got to go on, so I’m going to do it anyway. Chibnall has stated that he wants his series to be more character focussed. So, I think it’s fair to judge him on those characters.

The focus was undoubtedly on Ryan and Graham this series and they have by far the strongest characterisation and arc. They are also the most consistently written and have a lot of screentime. This has left both Yas and the Doctor somewhat sidelined, and has also left a lot of the plots a little thin in places.

That being said, the two strongest episodes in the series are probably Rosa and Demons of the Punjab. The latter being especially dark and haunting in unexpected ways. Demons actually gives us some of Yas’ character and motivation and the fact that it is propped up by a compelling story only helps.

It made me quite sad that we didn’t see more of Yas and it gives the distinct impression that Yas may be the most interesting character in the team. If only we get time to explore her. The assumption is that we will get more of her later, maybe next series, or the series after. Is having to wait around good enough, though? Doctor Who has done this to us before, teasing us with good characters and stories, only to not deliver on them.

I’ve seen people commenting that Whittaker’s Doctor is not given a lot of clear characterisation. She’s optimistic, somewhat socially awkward, bouncy and a bit of a goofball. But she hasn’t had much in the way of an arc. She learns very little about herself in series 11, but the one time we do see some darker shades from her was in the New Year special.

Without a goal for the Doctor to be personally invested in, it’s hard for the audience to get invested in them, too. While Whittaker is a delight to watch, I do long to see her deal with some more personal issues and try and overcome some character flaws.

Every Doctor has this to some extent.

Or to see her tap into some of the Doctor’s darker tendencies and have her team react to it and challenge her on it. Seeing the group dynamic in action could be a real asset here, with each character having a different perspective on what the Doctor does.

Unlike in recent years where we only really see one companion’s reaction at a time, seeing three would make for some much more engaging television.

For example, if this Doctor were to mirror, say, the Seventh Doctor that could really spice things up a lot. The Seventh Doctor, in his first series, was very goofy and clownish, happily hopping into escapades with a wink and a tumble. But, in his second and third, he became something much more intriguing.

The Doctor became a game player, a chess master, a manipulator. This led to some of the best loved and most well regarded stories in the show’s history. Remembrance of the Daleks, Battlefield, The Curse of Fenric and Survival are still some absolutely brilliant dramas. A lot of that comes down to the dynamic between the Doctor and his companion, Ace.

The Doctor takes Ace under his wing and acts as a sort of mentor to her. She slowly grows and matures enough to question the Doctor’s manipulative ways, challenging him and in turn, making him a better person.

I can see this as a way of bringing the Doctor and Yas closer and creating some conflict and potentially interesting stories. Yas is already ambitious and already looks up to the Doctor, so having them enter into a teacher-student relationship could open up some avenues for delving into their characters more.

It would give the Doctor something to aim for – to be a good teacher and to help Yas get better. It would give Yas a way to grow and change, and also give her opportunities to question the Doctor. And if the Doctor started doing some questionable things, that would be an even more interesting angle.

If nothing else, this would be a way of giving the show a bit more focus and structure. That would be my main criticism of series 11, that beyond Ryan and Graham’s arcs, there was very little to define what the characters were trying to do.

More interesting and unusual stories also need to be explored. Not every week – we need plenty of fun romps in the mix, too. But I would say Demons of the Punjab and It Takes You Away were the stand out weird episodes with a dark edge. If we could get more of that, I’d be happy.

Give the Doctor more of a clear roll within the group, get a proper team dynamic established and the rest writes itself. With the Doctor as mentor and pilot, Yas as student, Ryan as Yas’ support and Graham as the heart of the family, there’s a lot of potential there.

I realise the series has already been written and they’re already in production, so this whole article might be pointless. But still, I can dream, can’t I?

Joel Cornah - Aug 20, 2021
0
We are delighted to be joined by Nathaniel Wayne, author of Dreams of Fire. They are best known for their YouTube channel, The Council...